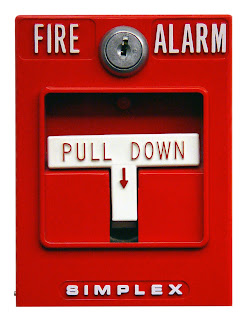 Two new reports were released regarding ObamaCare that need your attention if you are concerned about health insurance costs.

Richard S. Foster, Medicare's chief actuary, reported Thursday 04/22/2010 that ObamaCare will increase insurance costs. Foster said "During 2010-2019, however, these effects would be outweighed by the increased costs associated with the expansions of health insurance coverage. Also, the longer-term viability of the Medicare...reductions is doubtful". (1)


What else did the Health and Human Services Department report state?

(a) Medicare cuts may be unrealistic and unsustainable,

(b) will drive about 15% of hospitals into the red,

(e) millions will be placed in Medicaid which is already a very strained program. (2) (3)

Also on Thursday 04/22/2010 the Congressional Budget Office (CBO) released a separate analysis estimating 4 million households would face tax penalties for not acquiring health insurance. What else did the CBO analysis report?

(a) the health-care overhaul will increase health care spending by some $311 billion between 2010 and 2019,

(b) Medicare cuts to hospitals, nursing homes and other providers are unsustainable,

(c) a mass exodus from Medicare Advantage to the tune of 50% leaving the plan causing seniors to rely on traditional Medicare causing senior to face higher out-of-pocket costs,

Timing of the Health and Human Resources Report?

The HHS report was released Thursday 04/22/2010? It was released to the public 04/22/2010. However "... health care report generated by actuaries at the Health and Human Services (HHS) Department was given to HHS Secretary Kathleen Sebelius more than a week before the health care vote. She hid the report from the public until a month after democrats rammed their nationalized health care bill through Congress" according to The American Spectator. (4)

Further, according to The American Spectator the HHS report was not publicly release until a month after the health-care vote: “The reason we were given was that they did not want to influence the vote,” says an HHS source. “Which is actually the point of having a review like this, you would think.” (5)

Remember those 2000+ unread pages of Obama-Care? Remember Nancy Pelosi's statement that "We Have to pass the bill so that you can find out what is in it."? Apparently section 9006 of ObamaCare requires "any corporation" to report every expense over $600. "Any corporation" includes Limited Liability Companies. Currently businesses are required to issue a 1099 for wages paid over $600 but merchandise purchases over $600 do not require a 1099. Businesses make millions and millions of purchases each year over $600. Businesses will now have to track such purchases and issue 1099's for such purchases. This will be a red tape nightmare for business and require the IRS to hire more personnel to account for the 1099's issued and sent to the IRS. (6)

According to The Heritage Foundation:

"Millions of Americans Dumped into Medicaid

In order to cover low-income uninsured citizens, Obamacare expands eligibility for Medicaid to include all Americans that fall under 133 percent of the federal poverty level. However, Medicaid is a low-performing, low-quality federal program that fails to meet the needs of its beneficiaries. For example, Medicaid’s failure to cover the cost to providers of seeing Medicaid patients has greatly reduced the number of doctors who will see Medicaid patients.

ObamaCare requires guaranteed issue policies but low fines for not purchasing insurance. Hence would someone only buy insurance when they need the coverage to pay a large medical expense then drop the coverage once the health-care issue is solved and merely pay the much lower fine in comparison to the health insurance premium? Surely not! Try again.

According to Kay Lazar of Boston.com:

"Thousands of consumers are gaming Massachusetts’ 2006 health insurance law by buying insurance when they need to cover pricey medical care, such as fertility treatments and knee surgery, and then swiftly dropping coverage, a practice that insurance executives say is driving up costs for other people and small businesses."(8)

The Massachusetts 2006 health insurance law was the blue print for ObamaCare.

As reported here and by many, many other sources, within 30 days of passing the unread and un-debated ObamaCare legislation, the unintended consequences and price increases are piling up at an exponential rate. This is a true mess for the currently insured as well as the uninsured who really would like access to reasonably priced insurance. The uninsured who care not to have insurance face mandated fines. Most of all the American tax payer better brace for another bail out.