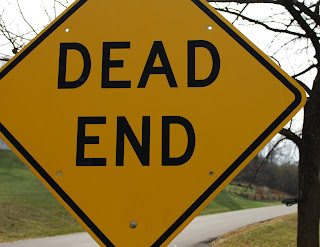 
Why are there going to be Unintended Economic Consequences?

The ObamaCare legislation fails a series of important economic axioms and fails a series of important insurance axioms. The major axioms violated by ObamaCare is that the plan is the world's most expensive and complicated solution that does not solve the problem. ObamaCare is a scheme to allocate scarce resources to competing ends through price fixing which merely causes non-price rationing (time/quality). (1) (2) Also, the risk management matrix of insurance being applied to low frequency/high severity risk is totally mismanaged. (3)

Mr. Obama hadn't put his pen down after signing the poorly crafted legislation into law when the consequences and unintended consequences began. Here is a short sampling:


(a) not all components of the plan where scored by the Congressional Budget Office (CBO) and hence any deficit savings referred to were immediately lost when additional components were added and a $260 billion dollar deficit increase appeared over the next 10 years. Hence an already widening deficit ending as national debt puts the U.S. in a more precarious financial situation, (4) (5) (6)


(b) the medicare physician fee schedule change aka "Doc Fix" was not added into the CBO calculation by design. Hence add another $371 billion to the deficit over the next 10 years. More debt to an already out of control deficit and consequently national debt, (7)


(c) authorizes the hiring of 16,000 additional IRS agents to enforce the rules yet no enforcement mechanism was written into the legislation. We then have 16,000 more public employees with no mechanism for enforcement, (8) (9) (10)


(d) AT&T, 3M, Deere & Co., Caterpillar Inc., AK Steel, Valero Energy and Verizon by law had to immediately restate earnings to reflect the present value of their long term health liabilities as well as the higher taxes. The total amount is estimated at $14 billion once all companies write down earnings. Companies had been incentivized through the tax code to provide benefits to retired employees. That tax incentive has been removed. Retired employees with health-care benefits and drug benefits provided by their x-employers will likely be cut loose by smaller employers and hence forced to purchase such coverage themselves. (11) (12) (13)

(e) your freedom to choose different health care plans has been extremely curtailed and mandated coverage elements must be included in your plan regardless of your needs. The most ridiculous being that single men and women who can't have children must still have pediatric services included in their plan and pay the premium to fund the benefit. Further, the reduction in available deductibles, the mandated inclusion of preventative benefits and the many mandated coverages will force insurance cost to rise significantly, (14)

(g) the mandate of requiring everyone to buy health insurance was immediately challenged by a series of state attorney generals as unconstitutional. (17) The U.S. Constitution has no clause requiring a citizen to buy any particular product. Will you be required to by a vehicle from GMC next?


Will there be more Unintended Consequences?

ObamaCare's 3000 pages are basically an outline. The legislation authorizes over 100 new government departments that will then write the rules and regulations. That is to say, ObamaCare is an attempt to centrally plan a once free market through rules and regulations. Planned economies always fail as they attempt to plan what were once millions of daily individual decisions made in each individuals self interest. Each individual made decisions based on the least expensive simplest solution that actually solved their individual problem.


The mountain of rules and regulations that are about to appear will attempt to duplicate the workings of a free market. The "control" of the individual and his/her individual decisions that existed with in a free market is now replaced with "control" being mandated and assumed by a central authority aka government. The attempted central planning is no different than the former Soviet Unions attempts to centrally plan. That somehow the central government has "special knowledge" that you and other individuals do not possess and hence this special knowledge replaces the individuals self interest based decisions. Centrally planned economies result in vast shortages in many areas while creating mass surpluses in other areas.

There lurks plenty of hidden economic consequences. However for this discussion think of these three factors acting in the economic shadows:

(1) over 100 new federal government departments created to handle a command and control market for health-care and health insurance,


Consider this economic phenomena: the tax increases added to medical device manufacturers and drug makes will be passed onto consumers. Its an economic fact that input costs, and tax is an input cost, is always reflected in the final price of the producer. Hence the consumer of a product or service ultimately pays any tax placed on the producer.

Now consider this economic phenomena as described by William Graham Sumner is his 1883 essay The Forgotten Man:


"Sometimes people go on to notice the effects of trades-unionism on the employers, but although employers are constantly vexed by it, it is seen that they soon count it into the risks of their business and settle down to it philosophically. Sometimes people go further then and see that, if the employer adds the trades union and strike risk to the other risks, he submits to it because he has passed it along upon the public and that the public wealth is diminished by trades-unionism, which is undoubtedly the case. " (18)

What Sumner is explaining is an economic phenomena in the private sector. Unionization of the public sector had not occurred in 1883. However, just like taxes being assessed to a producer and ultimately transferred to the consumer, the cost of unionized labor is transferred from the producer to the consumer.

The incentive level between private and public sector negotiations with union labor costs lies within Milton Friedman's four ways that money is spent:

The first and most common way in the private sector is people spending their own money on themselves. In this case, the buyer is interested in both quality (the best product or service that he can afford) and value (getting it at the best price) because he is both the producer of the wealth being spent and the consumer of the good or service being procured.

The second way is when people spend their own money on others (such as gifts). Here they are still concerned about value (it's their money), but less concerned about service quality as they are not the consumer.

The third way is spending other people's money on yourself. Think of the rich man's girlfriend who buys herself the nicest dresses in the store on his credit card without even looking at the tag. She wants quality, but value is irrelevant since she sacrifices nothing.

The fourth way is when people spend other people's money on other people. In this case, the buyer has no rational interest in either value or quality. Government always and necessarily spends money in this fourth way. This guarantees inefficient public spending because the spenders have no vested interest in efficiently allocating those funds.

Public sector money falls in the fourth way of spending. Bureaucrats spend your tax money when negotiating with federal workers that are almost all unionized. In other words, other people are spending other people's money on other people. Since no rational interest exists in either value or quality, we find that the union employees within government have negotiated large salary, benefit, and pension packages.

Hence Sumner and Friedman are correct. Much of their correctness lies in the fact that today public sector employees total compensation far exceeds that of private sector employees. (20)That is, over time the fourth category of spending has benefited public sector unions and the enormous cost has been passed onto the consumer which is the tax payer.