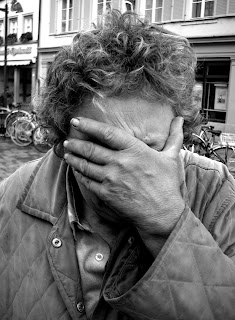 As mentioned here and in other articles ObamaCare, the unread, un-debated , and poorly crafted legislation has immediately yielded consequences.

The final 2000+ page bill went unread, un-analyzed, and un-debated. That is to say, if common sense had been applied, the amended Senate bill which became the ObamaCare bill, required weeks if not months to be read and analyzed. Then the results of the analysis needed debated to be sure wording and intent was correct. However, the bill was rushed through unread and un-debated.

It boils down to this statement by Nancy Pelosi: "But we have to pass the bill so that you can find out what is in it, away from the fog of the controversy". (1)


Senators, representatives, and staffers to be removed from current coverage?

Although the electorate demanded that if Congressional Democrats thought that ObamaCare was so grand, that Congress should participate in ObamaCare as well. However, Congress supposedly wrote the bill in such a way to exempt themselves from ObamaCare. Or did they?

Apparently passing the ObamaCare bill, unread and un-debated, has left senators, representatives and their staffers not able to retain their current coverage. Ironic?

**"It is often said that the new health care law will affect almost every American in some way. And, perhaps fittingly if unintentionally, no one may be more affected than members of Congress themselves.

In a new report, the Congressional Research Service says the law may have significant unintended consequences for the “personal health insurance coverage” of senators, representatives and their staff members."

**"For example, it says, the law may “remove members of Congress and Congressional staff” from their current coverage, in the Federal Employees Health Benefits Program, before any alternatives are available.

The confusion raises the inevitable question: If they did not know exactly what they were doing to themselves, did lawmakers who wrote and passed the bill fully grasp the details of how it would influence the lives of other Americans?

The law promises that people can keep coverage they like, largely unchanged. For members of Congress and their aides, the federal employees health program offers much to like. But, the report says, the men and women who wrote the law may find that the guarantee of stability does not apply to them.

“It is unclear whether members of Congress and Congressional staff who are currently participating in F.E.H.B.P. may be able to retain this coverage,” the research service said in an 8,100-word memorandum.

And even if current members of Congress can stay in the popular program for federal employees, that option will probably not be available to newly elected lawmakers, the report says." (2)

Leading up to the vote on ObamaCare, vilification of the insurance industry along with health insurance price controls was the mantra of Mr. Obama. Of course its economic axiomatic that price controls merely cause non-price rationing of one sort or another e.g. time/quality and reduces supply.

**Public outrage over double-digit rate hikes for health insurance may have helped push President Obama's healthcare overhaul across the finish line, but the new law does not give regulators the power to block similar increases in the future. "

**"The irony here is that it was the Anthem rate increase that breathed new life into the healthcare bill," said Jerry Flanagan, medical policy director of Consumer Watchdog, a longtime supporter of tougher premium regulation. "But there is nothing in this bill to guarantee that it doesn't happen again."

The lack of muscle is stoking concerns that more rate jumps -- and an angry backlash from ratepayers -- could undermine support for implementing the healthcare overhaul.

Insurance industry officials say that talk of more regulation is misguided and have urged federal officials to focus instead on containing rising medical costs, which help drive up premiums.

Ignagni, as well as some independent healthcare experts, said policymakers should look at ways to control what hospitals and other providers charge, although few elected officials have shown much appetite for doing so." (3)

These consequences seem very ironic. Or is it really better summed up by: "But we have to pass the bill so that you can find out what is in it, away from the fog of the controversy".