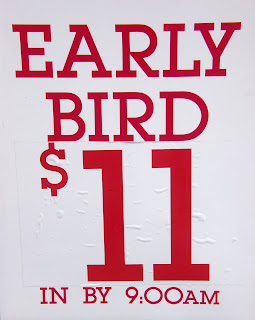 Two major objections to the construct of ObamaCare are:

(1) the elimination of pre-existing conditions and the unintended consequences that will occur,

Please see excepts from the article below:

"This week it became impossible in Massachusetts for small businesses and individuals to buy health-care coverage after Governor Deval Patrick imposed price controls on premiums. Read on, because under ObamaCare this kind of political showdown will soon be coming to an insurance market near you."

"Yet all of the major Massachusetts insurers are nonprofits. Three of largest four—Blue Cross Blue Shield, Tufts Health Plan and Fallon Community Health—posted operating losses in 2009. In an emergency suit heard in Boston superior court yesterday, they argued that the arbitrary rate cap will result in another $100 million in collective losses this year and make it impossible to pay the anticipated cost of claims. It may even threaten the near-term solvency of some companies. So until the matter is resolved, the insurers have simply stopped selling new policies."

"One irony is that Mr. Patrick's own Attorney General and his insurance regulators have concluded—to their apparent surprise—that the reason Massachusetts premiums are the highest in the nation is the underlying cost of health care, not the supposed industry abuses that Mr. Patrick and his political mentor President Obama like to cite. "

"On top of that, like ObamaCare, integral to the Massachusetts overhaul are mandates that require insurers to cover anyone who applies regardless of health status or pre-existing conditions and to charge everyone about the same rates. This allows people to wait until they're about to incur major medical expenses before buying insurance and transfer the costs to everyone else. This week Blue Cross Blue Shield reported a big uptick in short-term customers who ran up costs more than four times the average, only to drop the coverage within three months."

"Last July, Charlie Baker detailed similar gaming at Harvard Pilgrim, the health plan he used to run. Between April 2008 and March 2009, about 40% of its new enrollees stayed with it for fewer than five months and on average incurred costs about 600% higher than the company would have otherwise expected. "(1)

The Massachusetts plan was the blueprint for ObamaCare. Opps! Price controls have never worked, never-ever worked, in all of recorded economic history. Its an economic axiom that price controls merely cause non-price rationing of one sort or another (time/quality) and consequently supply shrinks. (2)

Thomas Sowell’s example of the mighty forest best describes the basis of attitudes regarding "control" within economics. The forest is a very efficient system. However, this efficient system is generated by random items such as which acorn grows or rots, where a leaf will fall upon the forest floor, which blade of grass will grow etc., etc.. Hence we have random items with the end product being a very efficient forest. (4)

The freely occurring randomness of a free market produces efficient results just like the randomness of the forest eco-system. The free market is made up of millions upon millions of economic decision makers who as a group are making zillions of economic decisions per day. Yet each decision maker on the whole makes rational decisions in their best self interest. They also make those decisions on the basis of the simplest least expensive path that actually solves their particular problem. Hence the random nature of a free market is really the rational, simplest, and most cost effective economic organization that actually solves economic problems.

Conversely, a planned economy such as the former Soviet Union was an attempt by few to plan the zillion decisions made daily. The most glaring example of the control experiment by the Soviet Union was to set a hundred thousand prices every year. The price setters only had mundane knowledge to set a very few prices with the remaining prices set as a pure guess. Once they set prices then the random nature of economic decisions were constrained by price fixing and shortages occurred over and over while surpluses occurred in other sectors. Hence the control produces a very, very inefficient system of allocation of scarce resources to competing ends. (5)

Remember, all economies (capitalistic, socialistic, monarchy, fascist, communist, etc.) function under the axiom of the allocation of scarce resources to competing ends.

“Control” in the free market is the individual making rational economic decisions in their own self interest leading to the least expensive and simplest solutions that actually solve for an economic problem. When you remove the control from the individual and allow the state to control, the result is irrational decisions leading to the most expensive and complicated solution that does not in fact solve the problem.

It’s the placement of “control” that divides ideology of free markets vs. other planned authoritative schemes.

(5) http://thelastembassy.blogspot.com/2009/11/socialized-medicine-scheme-and-central.html
Posted by W.E. Heasley at 3:51 AM