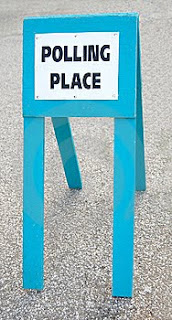 People can not believe Obama , Pelosi and their progressive followers are ramming through their particular version of health-care reform when public opinion is standing at 75% to "start over".

Maybe this helps explain their attempt to ram through legislation against overwhelming public opinion opposition. Roscoe Pound (early progressive): “ …in the hands of a progressive and enlightened caste whose conceptions are in advance of the public and whose leadership is bringing popular thought to a higher level”. (1)

Hence Obama, Pelosi and their progressive followers are coming right out of the progressive playbook and actually believe they are “enlightened” and the “concept” of their enlightened view of health-care is “in advance of the public”.

'Speaker of the House Nancy Pelosi told an audience yesterday that it was necessary to pass the health care bill to see what was in it away from what she termed the "fog of Washington".' (2)

In other words, Pelosi is stating that her enlightened concept of health-care is what is good for you hence merely pass the bill basically sight-unseen and trust Pelosi as you'll like it.

A final point is that Obama and Pelosi are benevolently giving the public 72 hours to read, digest, understand, and make an informed decision on a 3,000 page bill written in legal jargon regarding a highly dynamic subject. It is a ridiculous notion that an informed decision can be made in 72 hours. Its a ridiculous notion that a 3,000 page bill should not be subject to a long debate regarding all the aspects of the bill.