“Making a Difference”: Curing Others Through Snake Oil 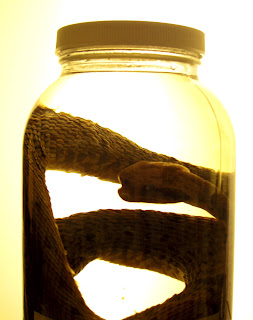 Population growth as a driver of economic demise has been recycled for centuries. The Malthusian population trap was shown as a fallacy long ago yet lives on to this very day. What if one differentiates between fallacies being the classic snake oil argument/fallacy vs. the shaping societal outcomes argument/fallacy? (1)


A fallacy must have an author and a receiver/believer. The author wants the receiver to believe the author’s notion as an outcome is desired. What if one concentrates on outcome and divides “outcome” into individual outcome vs. individual and others outcomes?


Although snake oil salesmen continue to exist today and wild remedies continue to abound, a second fallacy category has emerged regarding shaping outcomes via fallacy. It’s the same snake oil salesman, and the same salesman wants to gain [notoriety, sell books, interviews, speaking engagements, etc. ….the classic Al Gore case] and the author still is concentrating on the individual receiver/believer, but the remedy is much less individual as societal based. Stated alternatively, rather than buying a bottle of snake oil and individually being cured of what ails you as an individual, you buy an abstract notion that by owning the abstract notion you cure not only yourself but you cure others as well.


Hence the fallacy of the bottle-of-potion is merely substituted by the abstract-potion. However, where the bottle full of potion was an individual cure the abstract potion is your supposed ability to cure yourself and cure others as well.


The supposed ability of being able to cure others through the abstract potion is related to a fallacy- facilitator known as “making a difference”. That is, rather than concentrating on one’s self and if you as an individual improve as an individual [improvement of one sort or another] than society improves as society is merely a summation of all individuals. Conversely, the abstract potion regarding curing others is based on you making a difference in society as society is not viewed as a summation of individuals rather society is an abstract notion of a preconceived outcome of altruistic attributes of society and to meet these societal attributes individuals should conform to the preconceived society. That is, society becomes a real thing with real attributes and leaves the realm of the abstract. You hence “make a difference” by curing others through having others conform to the preconceived attributes. Your “making a difference” becomes your ability to make others conform to the fallacy [curing others through snake oil].


Returning to the proposition that the shaping of societal outcomes through fallacy is a separate form of snake oil, let us examine some real life examples:


(1)    As stated earlier the Malthusian population trap that lives on without end,


In the classic snake oil salesman case the same snake oil salesman and same snake oil potion cannot return to the same individual for more fallacy sales as his dupery has been uncovered. That is, there is little chance for repeat fallacy sales. However, the shaping societal outcomes argument/fallacy does in fact repeat itself over and over again. Why? Thomas Sowell made an excellent observation regarding fallacy in his book A Conflict of Visions. When a proposition such as the Malthusian population trap is disproved the author merely comes back and amends the original proposition so that there is no way to prove or disprove the proposition. (2)

(2) A Conflict of Visions, Thomas Sowell