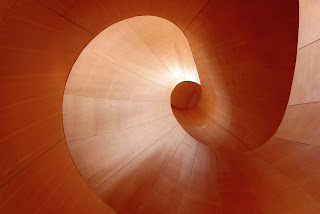 What about those politically driven counterfactual arguments that make the assertion that without government intervention all would have been lost?


If Markets fail, then governments fail too. However, politicos enjoy framing positive externalities of government intervention without ever mentioning the negative externalities of government intervention [also known as cascading unintended consequences]. The politico argument is based on the “counterfactual”. That is, the politico frames the abstract and unknown outcomes that surely included dire consequences vs. politicos stepping into the breach via intervention and creating wonderful outcomes. Stated alternatively, the politico compares the first stages of intervention outcomes with the unknown non-intervention outcome –or- politically framed opinion based reality is compared with politically framed opinion of non-reality.


Since politicos enjoy comparing their supposed grand accomplishments [positive externalities only] with non-reality, what if one went one step further and out counterfactual-ed the politico? That is, what if one went back to April 15th 1912 and wiped the slate clean of income tax, the Federal Reserve and the 1930’s proposition of politicos manipulating economic levers to achieve supposed outcomes?


“In one respect the System [the Fed] has remained completely consistent throughout. It blames all problems on external influences beyond its control and takes credit for any and all favorable occurrences. It thereby continues to promote the myth that the private economy is unstable, while its behavior continues to document the reality that government is today the major source of economic instability.” - Milton and Rose Friedman (3)


During The Great Depression John Maynard Keynes advocated intervention into the economy by politicos. That is, that politicos should manipulate the economic levels and intervene into the free market to create outcomes:


“Keynes was exceedingly effective in persuading a broad group—economists, policymakers, government officials, and interested citizens—of the two concepts implicit in his letter to Hayek: first, the public interest concept of government; second, the benevolent dictatorship concept that all will be well if only good men are in power. Clearly, Keynes’s agreement with “virtually the whole” of the Road to Serfdom did not extend to the chapter titled “Why the Worst Get on Top.”


Keynes believed that economists (and others) could best contribute to the improvement of society by investigating how to manipulate the levers actually or potentially under control of the political authorities so as to achieve desirable ends, and then persuading benevolent civil servants and elected officials to follow their advice. The role of voters is to elect persons with the right moral values to office and then let them run the country.” - Milton Friedman (4) (5)


The point being that politically framed counterfactual arguments that without government intervention outcomes would have been world-ending is political dupery of the first degree. Any counter-factual argument can be created to support or deny the outcomes.


(1)    History of the Income Tax in the United States

http://www.richmondfed.org/publications/research/economic_quarterly/1997/spring/pdf/friedman.pdf
(5) The General Theory of Employment, Interest and Money