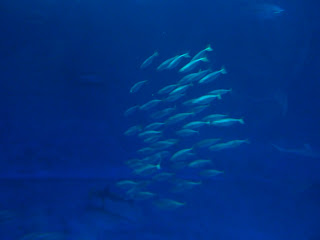 Economics: Price is a rationing agent.


Economics: Speculation can and does smooth out price over time.


Thomas Sowell once wrote [paraphrasing] that people actually do not want rational explanations i.e. the truth is no fun nor entertaining. What people want is a villain, a white knight, a "story", and the story must follow the line of the white knight vanquishing the evil villain. That is, lemmings beget lemming stories.


“It is the interest of the people that their daily, weekly, and monthly consumption should be proportioned as exactly as possible to the supply of the season. The interest of the inland corn dealer is the same. By supplying them, as nearly as he can judge, in this proportion, he is likely to sell all his corn for the highest price, and with the greatest profit; and his knowledge of the state of the crop, and of his daily, weekly, and monthly sales, enable him to judge, with more or less accuracy, how far they really are supplied in this manner. Without intending the interest of the people, he is necessarily led, by a regard to his own interest, to treat them, even in years of scarcity, pretty much in the same manner as the prudent master of a vessel is sometimes obliged to treat his crew. When he foresees that provisions are likely to run short, he puts them upon short allowance. Though from excess of caution he should sometimes do this without any real necessity, yet all the inconveniences which his crew can thereby suffer are inconsiderable in comparison of the danger, misery, and ruin to which they might sometimes be exposed by a less provident conduct. Though from excess of avarice, in the same manner, the inland corn merchant should sometimes raise the price of his corn somewhat higher than the scarcity of the season requires, yet all the inconveniences which the people can suffer from this conduct, which effectually secures them from a famine in the end of the season, are inconsiderable in comparison of what they might have been exposed to by a more liberal way of dealing in the beginning of it.” - Adam Smith’s 1776 An Inquiry Into the Nature and Causes of the Wealth of Nations


One can learn from onions regarding speculation? How so? A very enlightening post appears at Carpe Diem entitled What Can Onions Teach Us About Oil Speculators? Link appears below: