Social Security: can one lose a lost horizon? 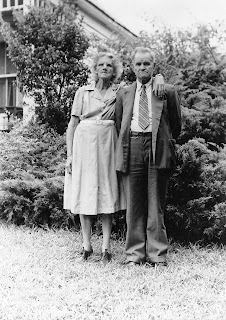 Certain politicos are currently shaping a political argument that Social Security is an item that should be excluded regarding any debt reduction/debt ceiling negotiations. That Social Security’s mere existence is of benefit to the “greater good“.

‘Senate Majority Leader Harry Reid, D-Nev., attacked the bill as a "radical plan to kill Medicare and Social Security," and said House Republicans needed to know it was dead‘. (1)


The fall back position of those advocating no reductions in Social Security benefits is that any changes to Social Security, if they must occur, the changes should come in the form of raising the retirement age qualification [which in fact is a reduction in benefits]. (2)


When Social Security was first proposed by Franklin Roosevelt the plan would be completely voluntary. The plan is no longer voluntary and hence the voluntary benefit became a coercive state mandated benefit. However, one would only be taxed at 1% of the first $1,400 of income. Sorry, today the tax is 7.65% of the first $90,000.

Well, at least the future income derived from Social Security would not be taxed. Ops! Under the Clinton Administration the retirement income proceeds of Social Security became taxable of which 85% can be included as income based on the total income of the recipient.


Who created a plan that doesn’t reduce benefits but reduces benefits?


Why were we not warned of a plan that doesn’t reduce benefits but reduces benefits?


Due warning was given. How so? W.R. Williamson, Travelers Insurance Company actuary testified before the House Ways and Means committee in 1935 explaining how the plan would incur deficits. That a major burden of deficits would be passed onto [in his 1935 actuarial estimate] to those in 1965 or 1980. (4) (5)

Can one lose something that was lost in the first place? Can one consider value lost where no value exists?

Arguably the “value” of Social Security is an illusionary political value of, by, and for the politico. How so? By convincing James and Jane Goodfellow that value exists, and that somehow, someway a concrete, sustainable, and asset based value is being taken away [that indeed represents value] politicos merely extend and pretend the illusion of Social Security.