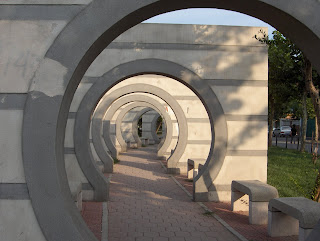 What if rent seeking agents, over time, have discovered that consolidating gives them a higher probability of manipulating variables. However, consolidating under one special interest umbrella might be considered or challenged as collusion. A political party, meanwhile, identifies the consolidation strategy of rent seekers attempting to manipulate variables and purposely allows the political party to be a stealth collusion vehicle.

Considering the above proposition, then funding and/or special conditions must flow from the particular politicos of the political party through the mechanism of government to the special interests. Any threat to the stealth collusion, meaning any disruption of funding, reduction in funding, and changes in special conditions must be averted. If a threat appears to the stealth collusion, the political party loses control and the rent seekers lose the ability to manipulate variables.

Lets assume for a moment that such a political party acts as a stealth collusion mechanism for rent seekers. Further assume that the political party wins election and gains the objective it seeks of control. The next step would be for the politicos of said political party to immediately and generously bestow funds and/or special conditions to the coalition of rent seekers. One would then assume a massive spike in government spending with such spending falling resoundingly with the rent seekers.

The model of stealth collusion of a political party purposely consolidating rent seekers quickly becomes unstable as other people [politicos] spending other peoples' money [taxpayer] on a recipient class [rent seeker] soon becomes an un-financeable proposition (run out of other peoples' money). When the spending run-up becomes clear to James and Jane Goodfellow and government finances become increasingly precarious, then popular support swings to a funding cut back. However, when funding cut back proposals emerge and before such funding is cut back the rent seekers, acting in their own self interest, spend money and manpower in organized protests against funding reductions.

One must consider if the above theoretical example does or does not seem familiar to current affairs.
Posted by W.E. Heasley at 11:48 PM