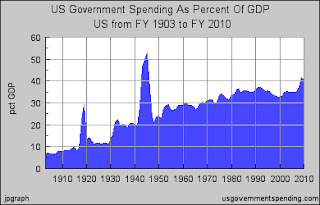 Regarding the current debt limit debate between Republicans and Democrats occupying media headlines, an old taking point has been removed from the self and dusted off for an encore performance: putting two wars on a credit card along with the Bush Tax Cuts lead to the current $14 trillion national debt.


Concentrating on the assertion “putting wars on a credit card”, the implicit and explicit assumption is that war should be paid for as we go. The statement eludes to past wars somehow, someway having been paid for on an as-we-go-basis. That somehow the Iraq and Afghanistan wars [or war on terrorism] was an outlier in that it was a war(s) financed through debt whereas prior wars were not associated with debt.

Politicos like to frame an argument. The framing of a politico argument by no means requires fact. In many cases, the politico depends upon a notional and fact less based argument to make a political point. Hence “putting wars on a credit card” is somehow one of the prime movers of our particular national debt level at the current time, and that financing war through debt is something that never has happened except during the Iraq and Afghan wars, that this case of war is an outlier and should have been paid for on a pay-as-you-go basis like other past wars……is nothing more than fact less politico talking point.

Therefore, when one hears the talking point “putting wars on a credit card” in regards to the current national debt level one should disregard the argument as the implicit and explicit assumption that no prior war was financed through debt which is baseless and fact less. The attempt to make current wars some outlier of debt accumulation is to be beguiled. 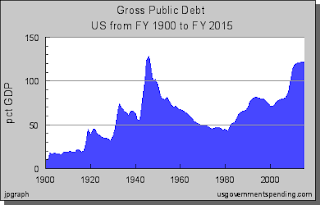