Public School Shenanigans vs. the Voucher-Student-Consumer 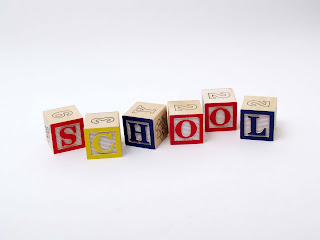 
Taylor’s observation is applicable to public education in the United States. How so? Milton Friedman pointed out the environment for public education shenanigans long ago in his 1955 essay The Role of Government in Education. That is, Friedman introduced the voucher concept, in that, the money should follow the student rather than being bestowed upon the educational institution. By bestowing the money upon the educational institution you create an environment for shenanigans. (2)

Friedman further advocated that this new consumer, the voucher-student-consumer, should be free to choose what educational outlet he/she will spend the money upon. That is, Friedman advocated freedom of choice in schools so the new voucher consumer student had a competitive educational market place competing for his/her business. The student then having the ability to make exchange at the point of mutual self interest.

A basic problem in K-12 education and also in higher education is the failure of funds to reach the classroom (student). Money is funneled away to top heavy in numbers and well paid administration with Cadillac health care plans and defined benefit retirement plans. Many instructors, professors and classroom teachers also have first class benefit plans and the same defined benefit retirement plans. Moreover, professors have tenure (life time appointments) and teacher unions and organizations make it near impossible to remove non-performing public school teachers.

Further, top heavy administration, top shelf benefit plans, lavish retirement plans, and employee entrenchment are not going away any time soon. Nay, nay! The situation is perpetuated by public education employees along with their associated organizations and unions voting for, campaigning for, and providing funding for politicos that will continue the status quo. -Or- voting for and supporting politicos that will perpetuate the environment for shenanigans.

However, the public education environment for shenanigans is to a major degree mitigated by a simple proposition set forth in 1955 by Friedman: the money should follow the student rather than being bestowed upon the educational institution. The voucher-student-consumer , now given the power to be a rational consumer [holds the purse strings with the freedom to choose], is going to demand that the money arrives at the classroom level for his or her education. A supply will quickly follow.

The voucher-student-consumer will quickly put an end to the shenanigans.

(1) John B. Taylor, Getting Off Track, how government actions and interventions caused, prolonged, and worsened the financial crisis.

(2) Milton Friedman, The Role of Government in Education. http://www.freerepublic.com/focus/f-news/1173402/posts