Richard Foster, the chief actuary of the Centers for Medicare and Medicaid Services 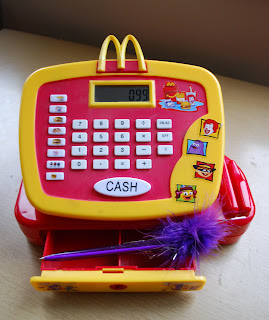 "Their health-care repeal vote behind them, Republicans this week got down to exercising the power of hearings that House control now affords them. And the Obama administration, for its part, got a glimpse of how painful those hearings will prove to its policy causes.

Fresh off of his State of the Union response, House Budget Chairman Paul Ryan plowed into a hearing Wednesday morning on the true costs of ObamaCare -- a public-education service that Mr. Ryan has been performing for much of this past year. Now finally wielding the spotlight, Mr. Ryan called as a witness Richard Foster, the chief actuary of the Centers for Medicare and Medicaid Services. Mr. Foster, whose job is to provide independent economic analysis, confirmed the central charges that Republicans have leveled at the health-care law.

Mr. Foster was asked by California Rep. Tom McClintock to provide true or false responses to two key questions. The first: Will ObamaCare bring down medical costs? Mr. Foster's answer: "I would say false, more so than true." Behind his argument was the obvious -- that because the law now requires coverage for people who weren't covered before, costs will by necessity rise.

The second: Will the law allow people to keep their current health insurance? Mr. Foster: "Not true in all cases." Mr. Foster's office has projected that some seven million members of Medicare Advantage -- which was hurt by the law -- will have to find other coverage. Mr. Foster also took a whack at the slippery accounting that was used to calculate the cost of the legislation.

This isn't Mr. Foster's first time as the health-care party pooper. He's developed a reputation for skepticism about political promises made by members of both parties. His non-rosy projections tweaked the Obama administration during the ObamaCare debate, just as his financial warnings annoyed the Bush administration during the run-up to the creation of its prescription-drug plan. And if Republicans have their way, Mr. Foster will no doubt continue to be in front of the cameras over the coming months."
Posted by W.E. Heasley at 4:04 AM