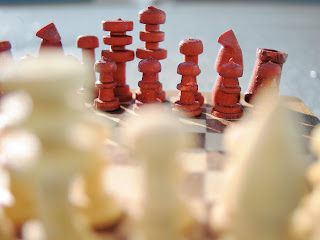 The government solution to a problem is usually as bad as the problem. - Milton Friedman

The vote next week to repeal ObamaCare is odd out. That is, Friedman's advice is coming home to roost. Politicos always cave-in or never can quite muster a vote on the concept: "The Government solution to the problem is usually as bad as the problem". Never quite bring ourselves to test Friedman's quote. Ah, but the evil of it all.....next Wednesday Friedman is coming to bat.

Exactly what grand scheme had been developed and tested during these seventy years of dreaming? If one wants an item for seventy years wouldn't one have developed a comprehensive plan with details? Apparently not. In essence seventy years of a dream of socialized medicine was kept right in the dream world with nothing more developed than a fuzzy theme with no plan. For a group that wants to rely so heavily on government central planning it seems odd that for seventy years they forgot to develop a central plan. You might say proponents were/are seventy years behind the curve as ObamaCare was/is a cobbled together plan that boils down to a scheme of centralized price fixing. Problem is: central planning fails miserably and price fixing schemes have never worked in all of economic history. (2) (3) Brilliant! A failed delivery system delivering a known failed result!

However, there appears to be a vast majority of James and Jane Goodfellows that have looked ahead of the curve. You might even say, that for once, politicos have been caught with their hands in the short term political time horizon cookie jar. One might even speculate that James and Jane Goodfellows have come to the point of clearly understanding and adopting the classic essay by William Graham Sumner "The Forgotten Man". That is, the Goodfellows clearly understand they have in fact become the Forgotten Man: "He is the victim of the reformer, social speculator and philanthropist, and I hope to show you before I get through that he deserves your notice both for his character and for the many burdens which are laid upon him". (4)

Behind the curve, politico's political time horizon, and a failed delivery system with known failed results.

The repeal vote, which is a vote on HR 2, becomes an affront to proponents of ObamaCare. How could anyone want to repeal a dream they have held for 70 years? A dream that in their view has become a reality.

The repeal vote is more reality than dream. The seventy year dream was really a theme with no plan. Then the plan was cobbled together based on politico's using first stage economic thinking to match their political time horizon. With the entire plan based on using a failed delivery system with known failed results. The problem is that the plan does not even have first stage favorable economic consequences. That the plan right out of the gate failed. Hence a cobbled together plan that was suppose to have, at the very least, first stage favorable economic consequences became an immediate cascading unintended economic consequence nightmare. That is, the politico's that are proponents of ObamaCare were so silly as to produce a plan that doesn't even create the illusion of favorable results to match their very own short term political time horizon. In other words, proponents of ObamaCare by their very own design produced the stage, set the stage, and generated the momentum for the repeal vote.

What changed the Malthusian Population Trap? The advent of private property agriculture in the Agricultural Revolution. Private property farming suddenly produced abundance in agriculture and man could for the first time feed himself. Out with Malthus in with abundance. (5)

A major source of objection to a free economy is precisely that it ... gives people what they want instead of what a particular group thinks they ought to want. Underlying most arguments against the free market is a lack of belief in freedom itself. - Milton Friedman

If collectivism is a failure why do collectivist propositions such as ObamaCare continue to be proposed?

Prior to the repeal vote next week its likely a good idea to review the laundry list of basic errors within ObamaCare. Although this is not a complete list it should suffice to say that the problems are those of a plan doomed to fail:


(1) Federal bureaucrats overriding state rights and circumnavigating the McCarran-Ferguson act.
(2) The demise of consumer directed health-care.
(3) ObamaCare purposely designed to collapse into a single payer system.
(4) Another unsustainable entitlement atop of current unsustainable entitlements.
(5) A central planning scheme that is a known failed delivery system.
(6) A plan based on price fixing that results in quantitative and qualitative reduction in supply aka rationing.
(7) Ultimate third party decisions removing consumer choice.
(8) An unconstitutional individual mandate.
(9) The error of categorical risk management.
(10) A plan based on reverse risk management.
(11) A plan that fails to address let alone bend the cost curve.
(12) A plan that is based on the fallacy of universal coverage as universal coverage does not mean universal access and access will deteriorate.
(13) A plan with massive administration needs at a massive price.
(14) A plan that fails to address the allocation of scarce resources with alternative uses.
(15) A plan that fails the risk management matrix which is an axiom of insurance theory.
(16) Shifting costs to states in the form of massive increases in Medicaid that will bankrupt already stained state budgets.
(17) Massive tax increases.
(18) Lose of individual freedom.
(19) Add your basis for repeal here ---> ________.

If one wishes to reform, improve, stream line, create more efficiency, allow for freedom of choice, reduce costs then ObamaCare needs scrapped. The ObamaCare plan has so many built-in failures that beginning anew is the only course of action. Ford once built the Edsel and they scrapped it. Howard Hughes built the H-4 (The Spruce Goose) and he scrapped it. There comes that point that a failed plan needs scrapped and a new course of action is desirable.

(6) Hayek: His Contributions to the Political and Economic Thought of our Time, Butler and Riggenbach.

(7) A Conflict of Visions, Thomas Sowell.