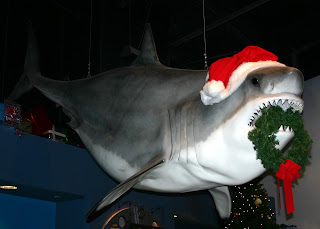 “The year is nearly over. The holidays have arrived. The news media is stirring with visions of holiday consumer spending sugar plums, terrifying debt crisis, and depression. ‘Tis the season for John Maynard Keynes! That’s right, there’s no better time to reflect on the maestro of modern macro and more importantly his many modern followers. Each year the public enjoys a sleigh full of Keynesianism shoved down our collective chimneys by a media obsessed with Christmas consumer spending because “we have a consumer economy”, or so we’re told. Nothing gets that so-called “marginal propensity to consume” into high gear like the holidays!

Like Santa’s busy elves, today’s Keynesian economists believe that when we’re in an economic rut, government spending transforms into a magical debt-financed multiplier sack, able to create a limitless bounty of goodies. Meanwhile, they warn that our current woes are because the “austerity” Grinch has stolen Christmas! The only way for us to get the recovery bell to ring is to close our eyes and believe in the magic of Macro Santa“.

“American pundits and macro partisans love the stimulus. As for the actual Japanese citizens subjected to it? Not so much. As nobel-prize winning economist James Buchanan cataloged in “Democracy in Deficit: The Political Legacy of Lord Keynes”, Macro Santa’s magical sack provides a pseudo-scientific justification for pandering politicians to pilfer from the future, buying votes and building bigger government in the name of stimulating the economy“. - John Papola