ObamaCare and the Severability Clause 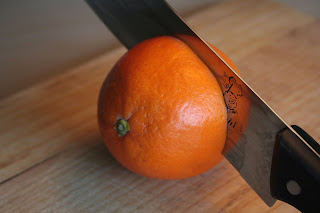 1. If any provision or provisions of this Agreement shall be held to be invalid, illegal, unenforceable or in conflict with the law of any jurisdiction, the validity, legality and enforceability of the remaining provisions shall not in any way be affected or impaired thereby.

Hence if you add a severability clause and one provision is struck down then the remaining provisions continue.

'In addition, Judge Vinson notes that Congress could have easily included a severability clause in the legislation if they wanted to, that an earlier version of Obamacare did indeed have such a clause, but Congress intentionally removed the severability clause in the final bill. Judge Vinson wrote that the Obama Administration has “asserted again and again that the individual mandate is absolutely ‘necessary’ and ‘essential’ for the Act to operate as it was intended by Congress. I accept that it is.” ' (2)

Why was the severability clause removed in the final ObamaCare bill? Apparently severability was removed based on Section 1501 of ObamaCare which is the individual mandate. In a nutshell, without the individual mandate to buy health insurance the plan would fail. That the mandate was used to show costs being lowered [keeping total cost under one trillions dollars] as 32 million people were supposedly added to the insurance pool and lowered cost due to volume and their new found forced ability to pay medical costs through mandated insurance. Further the mandate supposedly stopping people from buying coverage only when they needed coverage then later lapsing the coverage. The fine for not buying coverage was further factored into the Congressional Budget Office (CBO) figures showing total cost being under one trillion dollars. Hence without the mandate the CBO estimates would have shown no savings and a price tag well in excess of one trillion dollars. (3) (4)

Then ObamaCare is void?

When Section 1501 of ObamaCare was ruled unconstitutional by Judge Vinson then the entire ObamaCare scheme was ruled entirely null and void by Vinson as no severability clause was included. (6)

'Judge Vinson also found that Section 1501 of the act, which forces all Americans to buy government-approved health insurance policies, “falls outside the boundary of Congress’ Commerce Clause authority and cannot be reconciled with a limited government of enumerated powers.” But then Judge Vinson went even further, concluding that “the individual mandate and the remaining provisions are all inextricably bound together in purpose and must stand or fall as a single unit.” Accordingly, Vinson concluded: “Because the individual mandate is unconstitutional and not severable, the entire Act must be declared void.” ' (7)

Then ObamaCare will not be implemented?

Implementation will continue. How so?

'The ruling marks the first time a federal judge has struck down the entire law. "I must conclude that the individual mandate and the remaining provisions are all inextricably bound together in purpose and must stand or fall as a single unit," the judge ruled.

Noting that the judge did not order the government to stop implementing the law, a senior administration source said "implementation will proceed at pace." ' (8)

(8)http://blogs.abcnews.com/politicalpunch/2011/01/white-house-calls-ruling-striking-down-health-care-law-an-outlier.html
Posted by W.E. Heasley at 1:11 AM