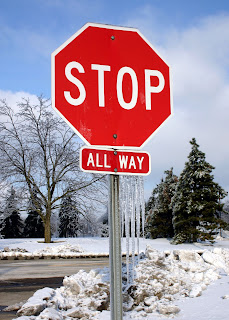 With Judge Vinson's ruling striking down the individual mandate of ObamaCare as unconstitutional and with the lack of a severability clause causing the entirety of ObamaCare to be void, how can the Obama Administration continue implementation?

From page seventy five of Vinson's ruling:
"The last issue to be resolved is the plaintiffs’ request for injunctive relief enjoining implementation of the Act, which can be disposed of very quickly. Injunctive relief is an “extraordinary” [Weinberger v. Romero-Barcelo, 456 U.S. 305, 312, 102 S. Ct. 1798, 72 L. Ed. 2d 91 (1982)], and “drastic” remedy… It is even more so when the party to be enjoined is the federal government, for there is a long-standing presumption “that officials of the Executive Branch will adhere to the law as declared by the court. As a result, the declaratory judgment is the functional equivalent of an injunction.” See Comm. on Judiciary of U.S. House of Representatives v. Miers, 542 F.3d 909, 911 (D.C. Cir. 2008); accord Sanchez-Espinoza v. Reagan, 770 F.2d 202, 208 n.8 (D.C. Cir. 1985) (“declaratory judgment is, in a context such as this where federal officers are defendants, the practical equivalent of specific relief such as an injunction . . . since it must be presumed that federal officers will adhere to the law as declared by the court”)…There is no reason to conclude that this presumption should not apply here. " (2)

"That means that under the ruling, the law is void and cannot be implemented from this point forward. The Administration’s legal remedy is to seek a stay of the ruling pending appeal. It cannot just defy a federal court ruling." (3)

Already bruised and unpopular, ObamaCare has now been issued a death sentence. Yet the White House says it will "proceed apace" with its implementation. Has anyone there heard of checks and balances?

It's worth noting that Monday's ruling by U.S. District Court Judge Roger Vinson that the Democrats' health care overhaul is unconstitutional is only the latest setback for the badly flawed legislation inflicted on the nation last March.

The measure was already invalidated by the courts once before, the House has overwhelmingly passed a bill to repeal it, insurance companies are bailing out of markets left and right because of its profit-killing mandates and the government has issued Obama-Care waivers by the hundreds.

And now 47 lawmakers have signed on as co-sponsors of a repeal bill in the Senate.

Despite all this, and with no sense of irony, the White House contends Vinson "overreached" in his decision, vows that the revamping of the world's best health care system will continue and warns states against using the ruling to delay its implementation.

What is it about "unconstitutional" that this administration doesn't understand?

True, Vinson didn't grant an injunction against ObamaCare in his 78-page ruling. But that's because he clearly considers his judgment to be an injunction in itself. He expects the executive branch to comply with the law as he has ruled. "There is no reason to conclude that this presumption should not apply here," he wrote.

As one of the lawyers for the 26 states that sued to block Obama-Care put it: "The statute is dead."

That means current regulations, such as forcing insurance companies to treat 26-year-olds as children and provide free preventive care for policyholders, cannot be enforced, and new regulations should not be written."(4)

"In light of Judge Roger Vinson’s ruling that Obamacare is unconstitutional, Wisconsin’s attorney general, J. B. Van Hollen, has declared the Badger State free of any obligations imposed by the law. “Judge Vinson declared the health care law void and stated in his decision that a declaratory judgment is the functional equivalent of an injunction,” Hollen says in a statement. “This means that, for Wisconsin, the federal health care law is dead — unless and until it is revived by an appellate court.”

Steve Means, a senior official in Hollen’s office, tells NRO that the ruling “effectively takes the health-care-reform bill off of the books.” He adds, “At a practical level it will really be up to the governor and his cabinet to determine what they will do in terms of day-to-day activities.”(5)

"So has the Obama administration halted the implementation of the law? The answer is: No.

The website of the White House is unambiguous about this: “Implementation will continue.”

Vinson’s decision did not include an injunction to stop the implementation of health care reform on the grounds that an injunction would be superfluous. He argued that the government would stop implementing the law automatically once it was announced as unconstitutional.

So here’s a question: should government officials mindful of the constitution start defying the Obama administration to honor the decision by the court? If, say, you were charged with monitoring the computers that send out rebate checks to seniors with high prescription drug costs, should you turn off the computer?

Much of this is probably theoretical. Most of the law did not yet apply, so implementation was minimal. But if you were working on implementing the law, shouldn’t you be obligated to stop work?