ObamaCare: purposely designed to end as a single payer plan? 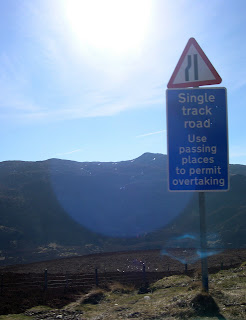 That is to say, beyond the myriad of arguments against ObamaCare including the demise of consumer directed health plans, price fixing resulting in quantitative and qualitative reductions in service, a centrally planned market for health care through massive and expensive bureaucracy replacing price coordination in a decentralized economy, one point that gets little press time is the difference between private insurance and social insurance reserves.

What are insurance company reserves?

A simple definition is: "consumers make insurance claims in the future and depend on insurers to honor their earlier commitments. Reserves—the financial assets in which insurers invest their premium income—are often the most tangible sign of an insurance firm's staying power". (1)

A more complex definition is: "amount designated as a future liability for life or health insurance to meet the difference between future benefits and future premiums. net level premium is determined so that this basic relationship holds: the present value of a future premium equals the present value of a future benefit. This relationship, incidentally, exists in fact only at the point of issuance of a life insurance policy. After that, the value of future premiums is less than the value of future benefits because fewer premiums are left to be paid. Thus, a reserve must be maintained at all times to make up this difference". (2)

An alternate definition is: "[means amounts—] which are set aside to mature or liquidate, either by payment or reinsurance, future unaccrued claims arising from life insurance, annuity, and noncancellable accident and health insurance contracts (including life insurance or annuity contracts combined with noncancellable accident and health insurance) involving, at the time with respect to which the reserve is computed, life, accident, or health contingencies". (3)

The concept of "preexisting conditions" has become a hot political topic that is used in debate with much verbal virtuosity. However, preexisting conditions is actually a term that describes a condition of a risk uncovered through "underwriting". In private insurance, which is reserved to pay for future claims, underwriting directly effects reserves and ultimately pricing. The key in private insurance is "a reserved plan to pay future claims" which is achieved in part through underwriting.

The end game is by removing underwriting in social insurance, in effect, guarantees future tax increases as the reserve must increase to accommodate anti-selection due to the removal of underwriting. Anti-selection leads to adverse claim experience hence causing additional reserve needs to expand exponentially.

Once you go through the above reserve comparison exercise regarding private insurance vs. social insurance, then you can proceed to the argument regarding ObamaCare being purposely designed to end as single payer plan. A major reason ObamaCare ends as a single payer plan through design is because private insurance can not possibly reserve to pay for future claims when underwriting is eliminated. Private insurance can raise prices in the short run but as they eventually see insolvency on the horizon due to reserve problems they merely exit and end operations.

Note: private insurers, even in the short run, will have difficulty raising premiums at a rate needed to increase reserves as ObamaCare is a price fixing scheme in regards to insurance premiums as well as health-care services. Any price increase by insurers are immediately met with angry inquiries such as those by Kathleen Sebelius of the H.H.S. . (4)

The single payer end game, a government administered plan, is in essence a non-reserved entitlement where "tax" is the reserve. Hence "tax" must increase as you have elected not to reserve to pay for future claims paying ability in a social insurance plan. Taxes will increase as anti-selection increases claims, due in part to the removal of underwriting, which means future claims paying ability must be further reserved. You either reserve or you tax. In social insurance you tax.