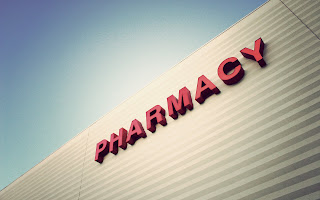 Why the removal of over-the-counter reimbursement?

Removal of over-the-counter reimbursement is not the entire story?


ObamaCare's removal of the reimbursement for over-the-counter drugs is really not the story. The story largely unreported is the purposely designed long term demise of consumer directed health plans under ObamaCare. More generally missing from the story is the long term demise of consumer directed health care decisions over the past forty years. Also under reported is that ObamaCare's removal of reimbursement for over-the-counter drugs works directly opposite of other government initiatives to bring drug costs down for consumer by accelerating the speed at which name brand drugs become generic drugs which in many cases also become over-the-counter drugs.


An example likely best illustrates third party payer effects and the consequential distorted decision making process. If you have purchased "bread insurance" for those occasion in which you buy bread, is your decision to buy bread more based on price and quality or is your decision more based on the bread store accepting your "bread insurance"? If the store you have entered has stone ground whole wheat bread on sale for 50 cents a loaf, but the store will not accept your bread insurance, exactly how do you react? Do you buy the bread or do you seek another store that has a regular white bread priced a $2.00 a loaf however will indeed accept your "bread insurance"?


Remember, you have already paid your monthly premium for your bread insurance. Do you absorb an extra 50 cents and buy the best price/quality or do you purchase the $2.00 loaf and allow the pre-paid third party insurance to handle the transaction? The question is then: does a price distortion occur when third party effects enter the consumer's decision at the point of sale? Yes. "One of the biggest reasons for higher medical costs is that somebody else is paying those costs, whether an insurance company or the government" -Thomas Sowell. (3)


How pervasive is the third party effect?

Consumer directed health plans are an attempt to reverse the third party payer effect. That is, the plans encourage consumers to make decisions at the point of sale regarding cost/benefit rather than a third party effect causing the consumer to reject cost/benefit as someone else is paying hence cost/benefit takes a back seat.

Why are consumer directed health plans going to end under ObamaCare?

(1) high deductible plans, which are the hallmark of consumer directed health plans, are only allowable under ObamaCare based on a sliding scale of deductible and co-insurance based on income. That is, there is a maximum deductible and co-insurance allowable then those figures are reduced for lower income thresholds at 300 to 400% of the poverty level income then again at 200 to 300% of the poverty level income,

(2) the 80% minimum "medical loss ratio" (amount insurer is required to pay out in benefits for each dollar of premium). High deductible plans would likely never meet this requirement,

Theoretically you could design a consumer direct health plan given the above parameters however the end result would be a plan with a low deductible, with many first dollar benefits, as well as a plan based on third party payer effects. That is, you would have designed a policy that looks just like the prescribed ObamaCare health plan. (5)

ObamaCare is counter to other government initiatives designed to lower drug costs. One one hand you have the government striking deals with drug companies allowing drug companies to more freely advertise their name brand drugs with the drug companies shorting the patent period allowing drugs to go generic quicker. Meanwhile many generic drugs become over the counter drugs or even name brand drugs going direct to over-the-counter such as Zertec. On the other hand the ObamaCare scheme disallows over-the-counter drugs to be reimbursable under consumer directed health plans. Hence two centralized government schemes work directly counter to one another.

The removal of the over-the-counter reimbursement by the ObamaCare centralized planned scheme is merely the first stage of the demise of consumer directed health plans currently covering 46 million workers. The incentives produced by consumer directed health plans causing consumers to make cost/benefit decisions at the point of sale to overcome the third party payer effect will be purposely eliminated over time through the conscious designed central planning scheme known as ObamaCare. The ObamaCare required removal of reimbursement for over-the-counter drugs works directly counter to other measures of government to reduce drug costs.


(4) Back in the Old Days When the "Single Payer" Was the Patient, There Was "Self-Rationing".