ObamaCare: you can't be dropped when you are sick? 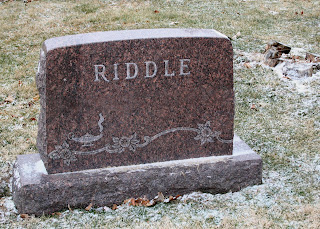 Proponents of ObamaCare along with President Obama have made the claim that you no longer have to be worried about losing your health insurance when you are sick. (1) That statement carries the implicit assumption that people were in fact somehow losing their health insurance in the past when they were sick. The statement paints a picture that someone in the middle of an illness, in need of insurance benefits, are suddenly cut off because they are sick.

Does this sound familiar?

"But the problem that plagues the health care system is not just a problem for the uninsured. Those who do have insurance have never had less security and stability than they do today. More and more Americans worry that if you move, lose your job, or change your job, you'll lose your health insurance too. More and more Americans pay their premiums, only to discover that their insurance company has dropped their coverage when they get sick, or won't pay the full cost of care. It happens every day." -Barack Obama September 9, 2009 (2)


Lets paint that picture onto a canvass. John Q. Public has a health insurance plan through ABC insurance company. John has paid his premium for years. Suddenly John has a kidney stone. John enters treatment and about half way through treatment John is booted off his health insurance because he is "sick". Sounds rather sinister.

The practice of insurers dropping coverage is actually known as "rescissions". Recissions is an underwriting review process based on insurers sometimes reviewing an individual's initial application and cancelling the policy if the application is found inaccurate.(3) (4)

Exactly how widespread is this "rescissions" process? One hundred thousand rescissions per year? Half a million rescissions per year? If you no longer have to worry about losing your health insurance because you are sick, and this is a major talking point regarding ObamaCare, then the phenomena has to be affecting a major portion of the population. Right?
Wrong. Sorry, its yet another ObamaCare riddle.
"According to a congressional report, there were actually fewer than 5,000 recissions per year, and at least some of those were actual cases of fraud....". (5) (6)
Hence the talking point of "losing your health care when you are sick" is really the subject of less than 5,000 annual recissions based on inaccurate applications "and at least some of those were actual cases of fraud..".
If Paul Harvey was here, you know exactly what he would say.
Notes:
(1) (2) http://www.whitehouse.gov/the_press_office/Remarks-by-the-President-to-a-Joint-Session-of-Congress-on-Health-Care/
(3) Bad Medicine, Cato Institute, M. D. Tanner, page 7.
(4) http://attorneypages.com/hot/trigger-health-insurance-rescission.htm
(5) Bad Medicine, Cato Institute, M.D. Tanner, page 7
(6) http://energycommerce.house.gov/Press_111/20090616/rescission_supplemental.pdf
Posted by W.E. Heasley at 11:57 PM