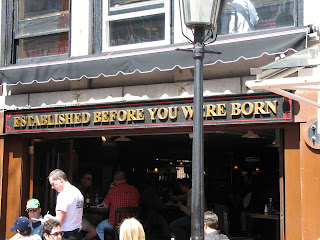 ObamaCare hinges upon the individual mandate. The mandate is the legal requirement of every American to obtain health insurance coverage that meets the government's "minimum essential coverage". The problem is that the U.S. Constitution, established long before any living legislator voted to pass ObamaCare, does not require individual citizens to purchase any particular good or service. (1)

Besides a certain group of legislators somehow having "special knowledge" enabling them to pick and choose a particular good or service for individual citizens, let us investigate the individual citizen's failure to meet the mandate. We have heard of the fine but exactly who is at risk of being fined? What exactly is the fine?


Who is at risk of being fined by ObamaCare?

If you do not receive coverage through a government sponsored program, or your employer does not offer coverage, or some other group sponsored setting (e.g. union, association, etc.), then you must buy coverage. Failure to buy coverage results in a fine. (2)


What exactly is the ObamaCare fine?

What about families? An ObamaCare fine-formula exists for families. The formula is as follows:

Plugging a family of four into the above formula, in the year 2016, the family would pay an ObamaCare fine of $2,085. The fine is prorated if you, your spouse, or children were covered for a number of months during the year e.g. covered for three months means 3/12 x $695 times number of fine units. (4)

What might surprise you is that ObamaCare has already calculated the total fine that will enter government coffers. According to the Congressional Budget Office (CBO), ObamaCare expects $17 billion in ObamaCare fines in 2019. (5)


(5) March 20. 2010, director of the Congressional Budget Office, Douglas Elmendorf, in a letter to House speaker Nancy Pelosi .
Posted by W.E. Heasley at 3:09 PM