The Socialized Medicine Scheme: the false choice of central planning 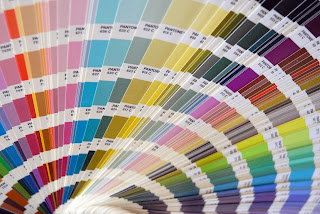 An underlying argument within the health-care debate is that the free market is being compared to a government plan that is somehow likely to perform as the alternative to a free market.(1)

Basically, the free market is a series of individuals, making individual decisions, decisions in their own self interest. That when the zillions of economic decisions are combined, the combination of decisions sets the allocation of scarce resources to competing ends.


The free market intuitively appears chaotic. It appears unorganized. The appearance of a chaotic, unorganized free market however yields the most efficient allocation of resources to competing ends as well as having the attribute of individuals solving for the least expensive, simplest solutions to their perceived problems/needs/wants.

However, advocates of central planning (government planning as an alternative to a free market) make the assumption that a central authority can better plan and hence create a better outcome than the results of a free market. The problem is:

(a) central planning then supplants the individual. It supplants individual decisions, decisions made in the realm of individual self interest, and precludes decision made by individuals attempting to find the least expensive and simplest solutions to their perceived needs/wants/problems,

(b) central planning then must set prices for scarce resources to competing ends. Regardless of the organization of your economy, resources are scarce and participants in the economy are competing for the use of those scarce resources. We know that no one individual can set a price for more than a few prices that they might be familiar with due to mundane knowledge of a particular product/industry. Then how can a central planned economy (government planning as an alternative to a free market) set the prices for hundreds of thousands of prices? Who is smart enough to set those prices? The very best example is the former Soviet Union where central planners had to set thousands and thousands of prices each and every year that merely caused resource distortion with major surpluses in some areas and severe shortages in other areas, (3)

Its counter intuitive to think the seemingly chaotic and unorganized free market creates efficient outcomes. Its intuitive to think somehow intervention by adding planning will result in better outcomes. However, no one individual or group of individuals can plan a gazillion economic interactions or a hundred thousand prices. The ecosystem of the forest appears chaotic and unorganized yet results in an efficient outcome. Planning the ecosystem of a forest is impossible and if attempted produces an inefficient result. Planning economic activity is impossible and produces a highly inefficient result.

Hence the underlying argument within the health-care debate that the free market is being compared to a government plan that is somehow likely to perform as the alternative to a free market is a false choice/argument.