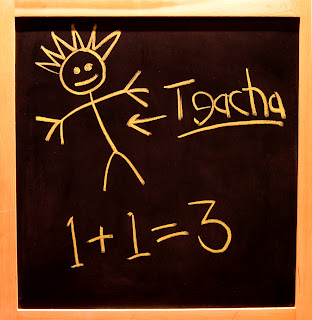 Applying economics to the dismal results, given the massive increase in funding inputs, yields the conclusion that one is merely finding, viewing, experiencing the classic attributes produced by a late stage collectivist model delivered through monopoly. Hence the economic conclusion is that the increase in inputs have not increased quality of output due to the general output attributes of late stage collectivism.


However, here is a counterintuitive proposition: what if the 200% real dollar increase was never intended to be output related?

If the 200% real dollar increase is the more insidious concept of direct enrichment of the collectivist players, why and how would it happen? The "why" is related to politicos using taxpayer dollars to build a dependent political constituency. That is, politicos found that by increasing funding to public school education they built a political constituency that they could depend upon to vote for, campaign volunteer, and make political campaign contributions to the particular politico or group of politicos.


If the counterintuitive proposition is correct then politicos have funded a dependent political constituency at no direct cost to them by merely funneling taxpayer dollars to a recipient class. The recipient class aka the dependent political constituency then enriched themselves with the flow of tax payer dollars. The flow of taxpayer dollars never reached, arrived at, nor are associated with educational output.
Posted by W.E. Heasley at 9:28 AM