If you didn't spend much time studying the former Soviet Union, central planning may be a foreign concept to you. The diagram above is a short version of a central planning scheme. Schemes inevitably gain a life of their own as the scheme can't allocate resources correctly. The final centralized planning chart will be much larger and much more complicated? Of course. Further, there will never be a "final chart". Schemes can not account for all the dynamics of free market allocation. Hence the chart will be amended over and over again yet never solving the problem of efficient resource allocation to competing ends.

Regardless of the economic frame work, the ends are always competing. In the former Soviet Union, in the beginning of the fourth quarter of an annual cycle, the managers of different industries would on their own, outside the central planning frame work, begin to barter for scarce resources among themselves.

Why did they begin to barter for resources in the centrally planned system?

Every year, without fail, the central planners would mis-allocate resources. Some industries would have stock piles of unused items while other industries would have to halt production as they had no more inputs. Bartering would begin among the managers of the varied industries in an attempt to reallocate scarce resources. Of course bartering is a highly inefficient system. Hence some resources would be reallocated but most resources sat idle. The result was inevitably too many purple marbles and not enough eye glasses.

However, when Economics is supplanted with politics, ideology, and agenda, when resources are not efficiently allocated.....well maybe the Picture Chart below explains the concept/result: 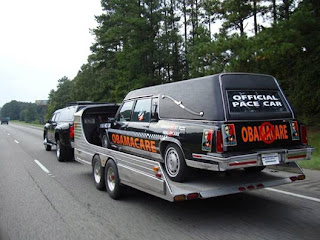