The Administrative Cost Argument of the Socialized Medicine Scheme 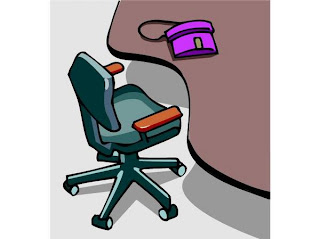 Proponents of the socialized medicine scheme (aka single payer, public option) make an argument that "administrative costs" would be lower under a socialized medicine scheme vs. private insurance. Is this a valid argument or are terms and conditions skewed? Are the mathematics/statistics of the argument presented incorrectly? Are monopolistic pricing powers being confused/included within the term "administrative costs"? What about the item dislocated labor markets?

First of all what are "administrative costs" within the field of insurance? One needs to know the terminology.

(a) addition to the pure cost of insurance that reflects premium taxes, administrative costs associated with putting business on the books, and contingencies,

(b) the amount included in the premium to meet liabilities beyond anticipated claims payments to provide administrative costs and contributions to reserve funds and to cover contingencies such as unexpected losses or adverse fluctuations. (1)

(1) in argument number one Administrative Cost are the traditional costs of the broad concept of general paper work administration,

(4) none of the arguments add in contingency costs,

(5) all arguments rely on a statistic from medicare pointing to the low cost administration of Medicare,

(6) all arguments exclude service level/service value and the consumer's ultimate satisfaction with "administration".


Reverse of the Original AT&T Break Up?


Looking at the subject of administrative costs from a historical perspective, and given history is always a good teacher as well as a good story, let us discuss monopolist powers.

Atlantic Telephone and Telegraph was the only "provider" of telephone services 30 years ago. For those of you under 45 years of age, imagine a time when there was only one Internet Service Provider (ISP).

Bonus: you received one and only one price.

Say for instance you thought there should be more choices or better customer service. Sorry. one choice and this is how it is.

The consumer got fed up with one choice and authoritarian customer service. In the 1970's everyone complained about "the phone company". If you are under 45 years old, everyone hated the one and only ISP.

Along the way, the one and only provider, Atlantic Telephone and Telegraph, became administrative fat. Oh yes! Pork and Union diet only. Why not! There was no competition!

Welcome to the telephone competition of today. You have an endless menu of options from multiple providers. Providers that offer good customer service (or you have the choice to change providers). Providers who run very lean operations and administrative costs in comparison to AT&T before the break up.

In other words, from an economics perspective, after the break up of Atlantic Telephone and Telegraph you received choice at a lower cost vs. monopolistic powers.

The argument for monopolistic administrative costs of socialized medicine is articulated by Erza Klien in his June 8th article in the Washington Post. (2) He summarizes as follows: "Moreover, public insurance is simply more efficient. Medicare holds costs down better than private insurance".

Senator Bernie Sanders argues for monopolistic administrative costs of socialized medicine by stating "...you have to deal with the enormous amount of waste that is currently within the private health insurance industry. The estimate is about $400 billion a year in administrative costs, billing, in profits, CEO compensation, in advertising--all of these things which have nothing to do with the provision of health care..." Senator Sanders goes on to say "In California, my understanding is that 1 out of every 3 dollars of premium goes to administration". (3)

In Klein's article he states "...act as a public insurer. To use market share to bargain down the prices of services much as Medicare does". Monopolies do not bargain. Monopolies set the price suppliers will be paid. Take it or leave it. In other words, Medicare is basically a monopoly and sets the price it will pay for services. Either accept medicare patients at price "X" or don't accept Medicare patients.

What in the world does the exercising of monopolistic pricing power to suppliers of the components of the pure product have to do with administrative expenses? Nothing. The argument is a separate argument unrelated to administrative costs.


Impact on the Labor Market of Monopolistic Administrative Costs

Exactly what is the labor demographics of the private sector health insurance administrative mechanism? (8) By and large the administrative labor force is female. Would this largely female work force be dislocated by a monopolistic administration within socialized medicine? Yes, large labor dislocations at an enormous cost. (9)

Hence we dislocate hundreds of thousands of predominantly female non-union workers at an enormous cost, and replace these workers with a unionized government labor force. Does that sound like administrative cost savings? What about the start up costs for the new government unionized administration? (10) What about the ensuing chaos of untrained administration workers, with a new procedural manual, in a newly formed bureaucracy, that now needs to provide service to millions and millions of people. Chaos is an understatement.

Also, many of the private sector female administrators are telecommuters. That’s right, they are mom's that work from home. Its a cost saving tool for private insurers and the workers like the idea. What about the indirect cost to the family of dislocating these workers? Do government workers telecommute? Largely no. Only 6% telecommute. (11) Why does the government not use this cost saving and labor satisfying technique?