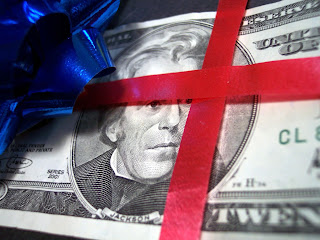 "The convergence of the opening of the Obamacare exchanges and the end of the fiscal year could result in a huge spike in spending on Obamacare from the federal government in the coming weeks.


Spending by federal agencies typically surges at the end of the fiscal year as agencies rush to spend their remaining funds. If they do not spend all their allotted money, the agencies have to return the funds to the Treasury Department, a mechanism referred to as “spend it or lose it.

“We know that it happens. It is visible, it is apparent,” said Romina Boccia, a federal budget expert at the Heritage Foundation.


Boccia noted that agency spending in the last week of the fiscal year, which ends Sept. 30, is typically five times the weekly average for the rest of the year.


The Department of Health and Human Services (HHS), the principal agency tasked with implementing Obamacare, is no exception to this government-wide trend, according to an analysis by Public Notice, a nonprofit that analyzes fiscal and economic matters.


A Public Notice and Washington Free Beacon analysis of weekly spending on contracts by HHS over the past four years shows a distinct jump in spending in the last few weeks of the fiscal year. Average weekly spending on contracts between fiscal years 2010 and 2012 hovered under $500 million, although it steadily climbed above that over the last few weeks of the year. HHS spent on average over $2 billion in the last week alone between 2010 and 2012.

“The explosion of spending at the end of each fiscal year shows HHS has been operating like a department with money to burn,” said Bill Riggs, the deputy communications director for Public Notice." - Obamacare Spending Could Spike in Next Few Weeks, Washington Examiner, 08/13/2013