The Affordable Care Act: the Head Tax and Dump the Spouse Stratagem 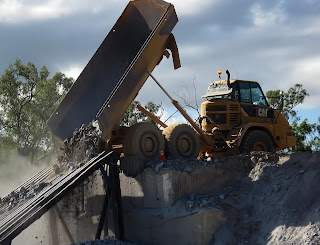 
In the very short run particular recipients of government largess may appear to have gained but those gains are short lived as government is nothing more than a transfer agent transferring from A to B. The pie has not grown larger, rather, the pie slices have merely been redistributed. Furthermore, the sponsors of the notional proposition focus attention on the recipients and their “gain” due to government largess (the seen). Meanwhile the unintended cascading negative consequences (the unseen) of the notional proposition begin to crop up causing a cornucopia of intervention-distortion. The notional proposition, generally an intervention that attempts to create supposed perfection merely creates an environment that magnifies serially uncorrelated errors. That "imperfection" is the entry point and "perfection" is the argument.... when in fact perfection become additional imperfection. (1)

Stated alternatively, if you throw enough money at a dead racehorse, even the dead racehorse will get up and do a couple lapses around the track. (2) However, cascading unintended negative consequences occur in the 2nd through n’th stage as the proposition is notionally based not empirically based. Can you say Great Society programs? How about a standing ovation for Social Security? Sweet deals huh?


Occasionally, a political notional proposition is an extra-dead race horse. That horse goes by the moniker of the Affordable Care Act aka Obamacare. Yes, besides being a notional scheme, the scheme is so bad, it can’t even get out-of-the-gate to reach the point of first stage economic consequences. It’s the lame horse that threw a shoe, has a bad case of mange and the jockey is a no-show.

All schemes unravel. If it isn’t one thing, its another. However, the constant unraveling, prior to even achieving first stage economic consequences, makes on think twice regarding how poor a scheme one is examining.

That is, upon examination, cascading negative economic consequences, episode 437, has already been identified … and still counting, and this horse is still in the starting gate. Come to think of it, pretty much any other notional scheme ever devised, at least makes it out of the starting gate to the first turn before unraveling. Not this baby. Obamacare is making Howard Hughes’ Spruce Goose look extremely successful.

It gets even better. Obamacare “mandates coverage of employees’ dependent children (up to age 26), but husbands and wives are optional“. Perfect, dump the spouse! Firms are dumping spouse coverage as a cost saving measure. (4)

The framers of Obamacare apparently expected firms to be good sports and merely accept additional costs. That work around and avoidance were merely marginal items and one-off. Sorry, the head tax got those firms thinking and…..we end with….Why your boss is dumping your wife, Market Watch, WSJ, 02/23/2013. The entire article appears in the link below:

(1) What Is Seen and What Is Not Seen, Frédéric Bastiat.