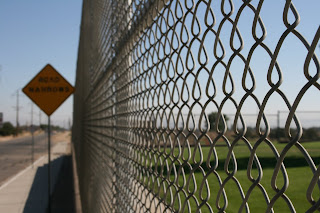 Reviewing parts one, two, three and four of this series, John Cochrane professor of finance at the University of Chicago Booth School of Business wrote a recent essay entitled After ACA: Freeing the market for health care. The essay is very interesting as it makes the case of the need for decoupling health care from health insurance when discussing the demand and supply for health care and insurance merely being a mechanism to address catastrophic losses. Others have also pointed out the need to decouple the two concepts, however Cochrane does so in such a way that points out that the supposed market failure in health care is directly related to government failure in the realm of health care due to government lead market distortions on both the demand and supply side of health care.


“On reflection, it’s amazing that computerizing medical records was part of the ACA and stimulus bills. Why in the world do we need a subsidy for this? My bank computerized records 20 years ago. Why, in fact, do doctors not answer emails, and do they still send you letters by post office, probably the last business to do so, or maybe grudgingly by fax? Why, when you go to the doctor, do you answer the same 20 questions over and over again, and what the heck are they doing trusting your memory to know what your medical history and list of medications are? Well, this is a room full of health policy wonks so you know the answers. They’re afraid of being sued. Confidentiality regulations, apparently more stringent than those for your money in the bank. They can’t bill email time. Legal and regulatory roadblocks.

So, medical records offer a good parable: rather than look at an obvious pathology, and ask “what about current law and regulation is causing hospitals to avoid the computer revolution that swept banks and airlines 20 years ago,” and remove those roadblocks, the government adds a new layer of subsidies and contradictory legal pressure.” (1)

“The impediments to supply-side competition go far beyond formal legal restrictions. Our regulatory system has now evolved past laws, past simple, explicit, and legally challengeable regulations, to simply hand vast discretionary power to officials and their administrative bureaucracy, either directly (“the secretary shall determine..” is the chorus of the ACA) or through regulations vague enough to let them do what they want. Witness the wave of discretionary waivers to ACA handed out to friendly companies. Those administrators can easily be persuaded to take actions that block a disruptive new entrant, and with little recourse for the potential entrant. (Lobbying government to adopt rules or take actions to block entrants is legal, even if those actions taken directly would violate anti-trust laws, under the Noor-Penington doctrine.)” (2)

If one wants to drive down the cost of health-care then one must create an environment that fosters robust supply side competition. Hence Cochrane offers a simple rule for what would seem to be a complex world:

“So, what’s the biggest thing we could do to “bend the cost curve,” as well as finally tackle the ridiculous inefficiency and consequent low quality of health-care delivery? Look for every limit on supply of health care services, especially entry by new companies, and get rid of it.” (3)


Changing gears for a moment and considering the deployment of complex rules for what appears to be complex, we can consult Richard Epstein’s book by the title of none other than Simple Rules for a Complex World. Epstein argues that the intuitive position is when one us faced with complexity then complexity requires complex rules. The result is to create complex rules that have burdensome administration costs and that such complex rules leave James and Jane Goodfellow with no earthly idea on how to interpret the rules. Epstein’s counterintuitive proposition is that simple rules lower administrative prices and costs and yield the same or better benefit. (4)


Moreover, Epstein points out that legislation spawning regulation causes rent seeking opportunities at each step of regulation hence the barriers to entry mentioned by Cochrane. Further, the regulations in and of themselves create rent seeking by an army of attorneys to interpret the rules, at a price, for James and Jane Goodfellow.


Both Epstein and Cochrane point out that over time increased administration price and cost, across entire economies and specific sectors, accumulate into explosive levels that create major drag.


Regarding health-care administrative price, one may find insight in the following:


"Now, this is of course not the way of current policy. The ACA and the health-policy industry are betting that new regulation, price controls, effectiveness panels, “accountable care” organizations, and so on will force efficiency from the top down. And the plan is to do this while maintaining the current regulatory structure and its protection for incumbent businesses and employees.

Well, let’s look at the historical record of this approach, the great examples in which industries, especially ones combining mass-market personal service and technology, have been led to dramatic cost reductions, painful reorganizations towards efficiency, improvements in quality, and quick dissemination of technical innovation, by regulatory pressure.

I.e., let’s have a moment of silence.

No, we did not get cheap and amazing cell phones by government ramping up the pressure on the 1960s AT&T. Southwest Airlines did not come about from effectiveness panels or an advisory board telling United and American (or TWA and Pan AM) how to reorganize operations. The mass of auto regulation did nothing to lower costs or induce efficient production by the big three.

When has this ever worked? The post office? Amtrak? The department of motor vehicles? Road construction? Military procurement? The TSA? Regulated utilities? European state-run industries? The last 20 or so medical “cost control” ideas? The best example and worst performer of all,…wait for it...public schools?

It simply has not happened. Government-imposed efficiency is, to put it charitably, a hope without historical precedent. And for good reasons.

Needless to say, price controls have been an unmitigated disaster in every case they have been tried. Long lines for gas in the 1970s are only the most salient reminder. Their predictable result is, vanishing supply. Try finding a doctor who will take new Medicare or Medicaid patients.

The current regulatory approach is not really well described as simple price controls, e.g. $3 per gallon of gas, but rather as fiddling with a payment system of mind-numbing complexity and endlessly discovered unintended consequences. The past record of “cost control” and “incentive” efforts should warn us of how likely adding more complex rules is to work. It seems instead to be a challenge to the next generation of planners.” (6)