Public Choice, Pluralism, The Neo-Corporatist State, and the book The Amateur by Ed Klein [page 65 specifically] 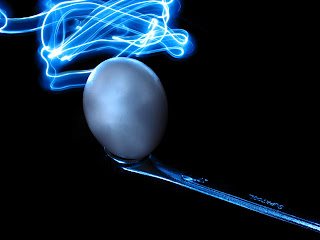 In the book Government Failure, A Primer in Public Choice by Gordon Tullock, Arthur Seldon, and Gordon Brady, Gordon Tullock makes an excellent observation that many if not all economies prior to 1700 were economies based on rent seeking [gaining privilege from/through government to gain success]. That the 13 colonies where the exception and by 1700 rent seeking economies where on the decline and by the time Adam Smith wrote the Wealth of Nations rent seeking economies were being replaced in a wide spread fashion.

However, and strictly speaking of the USA, Tullock points out that an economy based upon rent seeking was once again advocated beginning around 1910 [Woodrow Wilson era] and continuing through today. The insight being that rent seeking economies are an old form of economic organization and have once again been adopted by politicos in the US. Keep this point in mind for a moment.

The neo-corporatist state, those economic organizations adopted infamously by Adolph Hitler and Francisco Franco, economies based on society seen as a corporation and government dominates all sectors of society and all sectors of society are required to work for “the public interest” where the public interest is defined by politicos through the mechanism of government. The neo-corporatist state is generally swept aside and dismissed mainly due to the end result of Adolph Hitler’s Germany.

Ah, but not so fast. Although the concept of the neo-corporatist state is many times swept aside, by no means is the neo-corporatist state concept dead. Pluralism, where competing interest groups in a rent seeking economy compete for government privileges can easily morph into a neo-corporatist state where politicos through the mechanism of government merely set the agenda and all follow the “interest agenda” rather than the politico being competitively lobbied by various special interests. That is to say, rather than politicos being faced with competing interests, politicos merely end competition and set the interest-agenda in a monopolistic fashion.

Which brings us to page 65 of the book The Amateur by Ed Klein. Klein states [paraphrasing] that Michael Dukakis and Gary Hart were advocates of the neo-corporatist state as is Barrack Obama and his inner circle of advisors. That the “transformational” mantra of Obama is in essence neo-corporatism where: “ He planned to achieve his “transformational” presidency by vastly expanding the reach of Washington into the everyday life of American citizens”.