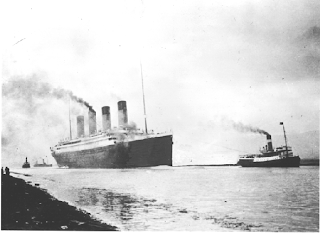 Will everyone end up with a Cadillac plan?

In order to find the answer to the the question posed above you first need to understand a predominant phenomena of taxation. The phenomena is: when you introduce or increase a tax on an item you will get less of that item. For example, if government levied a $1 tax on a loaf of sliced bread, consumers will demand less sliced bread and hence sliced bread supply will fall as demand for sliced bread falls.

Therefore, if government levies a tax on Cadillac plans, then demand for Cadillac health-care plans will fall hence we will have less Cadillac plans. Employers will buy more modest plans for their employees. (4) In other words, employers will exercise tax avoidance.

However, a problem then occurs for the revenue stream needed by proponents of the socialized medicine scheme. As the Cadillac tax reduces the number of Cadillac health-care plans , then tax revenue will fall as less taxable items exist to in fact tax. Its the Laffer Curve and associated arguments by Dr. Art Laffer. (5) What then?

This problem has been solved by socialists by merely not indexing for inflation the $8,000 individual and $21,000 family thresholds mentioned above. (6)

Tax bracket creep was deemed unfair and hence the introduction of tax brackets indexed for inflation.

Ah the evil of it all! What is good for the goose is not good for the gander when it comes to tax revenue needed to fuel the $1 trillion dollar socialized medicine scheme. Socialists have merely gone back to the taxation concept of tax bracket creep. In this case one might call it health plan creep.

Its rather simple mathematics to see that everyone will eventually have a Cadillac health-care plan.


Who pays the tax and at what tax rate?

Another phenomena of tax is that the ultimate payer of any tax is always the consumer. (9) (10)All taxes are passed onto consumers. Hence the concept that the Cadillac tax will be levied against insurance companies is yet another class warfare and misdirect argument to throw John and Jane Q Public off the real subject at hand.

Summary
Within a very short period of time, all consumers of health care insurance, through health benefit plan creep, via non-indexed thresholds and inflation, will have a Cadillac plan and the consumer of health benefits will be taxed at a 40% rate.

(a) the picture above is the Titanic beginning sea trials 04/02/1912. Seemed appropriate.

(b) the Cadillac tax has been proposed by politicians through expert analysis and confirmation by MIT economist Jonathan Gruber. However, it has been uncovered that Gruber has a major conflict of interest. Please see the following post by Donald Luskin of Trendmacro entitled Where's the Outrage:
http://www.poorandstupid.com/2010_01_03_chronArchive.asp#3413284275177039725
References: