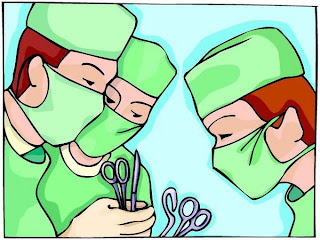 
(2) Universal Access: universal access can be defined as access for all to quality health services if need be, with social health protection. Universal access is not, by itself, sufficient to ensure health for all and health equity. The roots of health inequities lie in social conditions outside the health system’s direct control, to be tackled through intersectoral collaboration. Universal access however is the necessary foundation within the health sector on the road to health for all and health equity. (2) (3)

From the definition above, Universal Access is related to supply. Supply of health-care products and services would need to adjust to the increased demand caused by universal coverage.

Price/Cost
To achieve universal coverage a price/cost must be paid. To fully insure the entire population, income and/or wealth must be redistributed. The political class attempts to make the moral argument that redistribution of income/wealth must occur from the producer class to the recipient class as the recipient class is uninsured in large part due to price/cost. That is, the uninsured are in large part uninsured due to affordability of health insurance.

In the scheme of socialized medicine the argument routinely put forth is that the price to provide health-care is too high. That is, even though demand and supply produce price, the price point is too high. In other words, the natural or true price created by demand and supply becomes a socio-economic argument. As the argument goes, the price is too high because only a certain percentage of Gross Domestic Product (GDP) should be allocated to health-care. That somehow and some way, if the percentage of GDP allocated to health-care was lower, then the subsection of consumers uninsured would find coverage affordable. The argument goes on to compare costs in one country to costs in another country and/or percentage of GDP spent on health-care in one country to another country (one economy compared to another economy). Note that it is a price argument.

Arguments for artificial pricing are artificial by nature. If consumers value an item then they demand the item. For example, if the Chinese economy demands rice, and rice makes up 20% of GDP, why is 20% wrong and 12% right? Price controls always backfire. (4)

Enter political-economy. If price is artificially set below the free market price, then the redistribution of income and wealth from the producer class can be set low enough to cut resistance and to stop the slippage mentioned above of producer class members falling into the recipient class.

The Effects Producing Universal Coverage through Artificial Pricing and Redistribution

However, access is supply driven. If Price is distorted (artificially set below the market) the supply, which is the summation of suppliers, now faces a disincentive in the form of an artificially low price.

Existing suppliers now have to decide to stay in the health-care field or allocate their resources to other ventures. If price is too low, some suppliers leave the market place. Further, with price set artificially low, many other potential future suppliers e.g. future doctors, nurses, medical device makers, pharmaceutical research companies, etc. shift their resources to other more profitable fields where price is set by the free market. However, other supplier will enter the health-care field but enter on "cost". That is to say, the cost sensitive supplier offers cut rate services, service quality below service quality that was available at Price (p) set by a free market. (5)

Hence artificially low prices set by command and control then causes supply to dry up and/or become of lower quality. The ability to access health-care is then diminished for the entire group of universal coverage participants as demand engulfs supply. Price (p) can not function as the rationing agent as it has been set artificially. Therefore, among an array of rationing agents, time (t) becomes a component of rationing. For example, at artificial price (aP) the supply of hip replacements is 1000 per day. However, universal coverage has created a demand for hip replacements of 5000 per day. Time must pass before the hip replacement can occur for the majority of demanders due to restricted supply.

Universal Coverage through redistribution of income and artificial pricing leads to a universal access that is rationed through time and the Universal Access is generally of lower quality. That the only way to create un-rationed universal access is to allow the free market to determine price through demand and supply.

However, if price is allowed to be the determinant, price set by the natural forces of demand and supply in a free market, then un-rationed universal access would have a price tag of redistribution of income and wealth that would break the back of the producer class. (6)

Hence universal coverage, with price set artificially low, as proposed by proponents of the socialized medicine scheme, actually leads to rationed universal access for the entire group of participants.

(6) http://www.dailymail.co.uk/news/article-1234660/Pre-Budget-report-Clobbering-middle-earners-national-Insurance-raid-mean-40-000-find.html
Posted by W.E. Heasley at 1:35 AM